Earn to Die 2 – Exodus is the newest version of the game. This game is very popular in 2017, and also has a mobile version.

The game picks off from the first Earn to Die. The zombie-apocalypse survivor has successfully made it to the helicopter and has seemingly escaped the hordes of the undead. But the zombies are more tenacious than they seem. They bring the chopper down and the main character is left seemingly back to square one. He sees in a map what seems to be an escape area or a place free from zombies. Here is where the game begins. 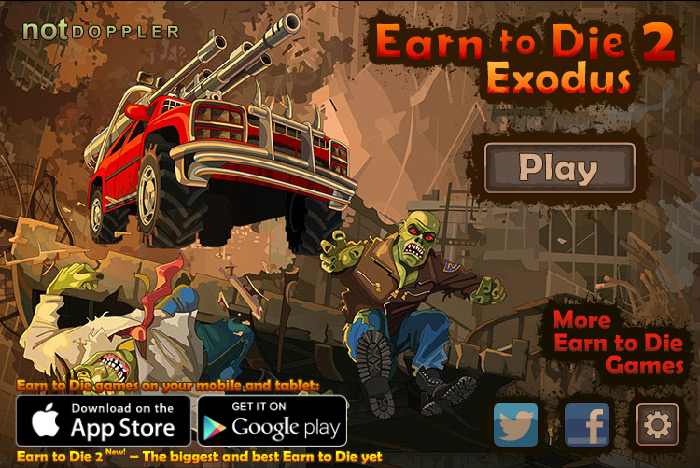 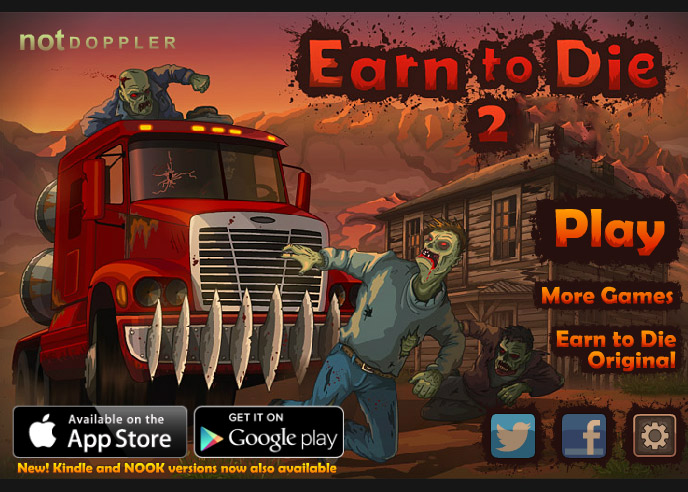 As always, you’ll have 3 vehicles to choose from to use to mow down the hordes of undead. These are the muscle car, the armored humvee, and the school bus. Fans of the zombie-genre will immediately notice recognize these vehicles and the inspiration from them.

As always, controls for all cars are the same throughout the game regardless of what car you’re using. Up key moves the car forward. Down key moves it back. Left key tilts it up and right key tilts it down. X key gives it a boost of speed but only when you get the speed boost upgrade (which you definitely should).

Like the first game you start with a car, the weakest of the 3, and this time it’s the muscle car. The power of this car is roughly as strong as the power of the pickup, the second car in the previous series. As always, just keep moving and running over zombies and obstacles. Don’t worry if in the first parts of the game you’re making very small progress. The bodies will start flying very soon.

New to the game is the addition of checkpoints in the desert. These checkpoints divide the game into different levels that you have to travel through and beat. This makes for a much longer game than the first Earn to Die, which essentially had only one level. 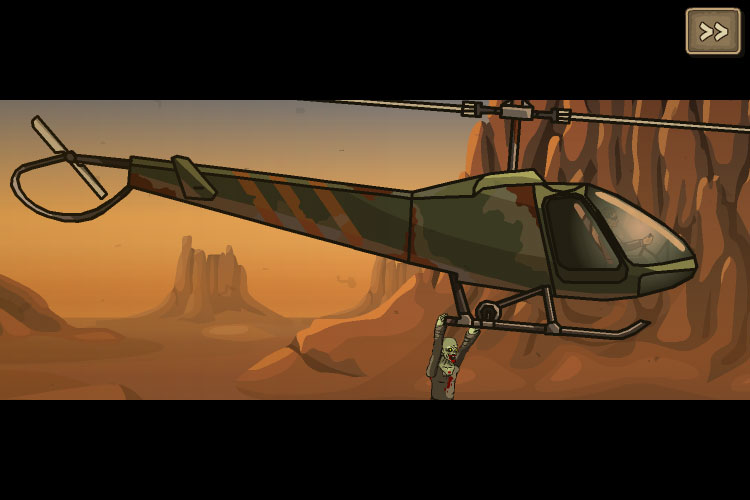 As you progress, you will see it is essential to upgrade your car. This is the only way to progress so money misers, beware. This is not the game for you. You’re going to have to spend, spend and spend. Get those upgrades to power your car ASAP. Of very significant note is the fuel, speed boost, transmission, and engine upgrades. These upgrades will give you the best output and have your car travel the furthest distance. But as you get all the upgrades for the car, you’ll notice one inevitable fact. No matter how much you upgrade it, even to it’s max output, it can only go so far.

The solution? Buy the better cars! Purchase the humvee to get through the middle levels then get the monster school bus as soon as you have the cash. As you will see, the only way to finish the game is with the school bus in the end. This monster of a vehicle will chomp down obstacles and zombies in no time. Also it’s boost will give you rocket-like power to easily climb over long, tall ramps in the game. All of the things the other cars could do, this vehicle will be able to do, only way, way better. It’s the game finisher so purchasing it asap is your proriority.

It’s always been about upgrading your machines, then just doing tons of gratuitous zombie-killing. It’s a very simple, addicting and effective formula for making a great video game. So what are you waiting for? Time to start running over zombies. Enjoy playing this game!