Earn to Die: 2012  part 2 – Earn to Die 3 is the latest installment of the Earn to Die series. The game picks off from Earn to Die: 2012. The cutscenes show previous scenes from Earn to Die :2012 and reveal that the main character has crossed the desert and is now crossing through towns to get to a military base where survivors like him are being rounded off to safety. To get there he must go through 3 levels using 1 vehicle to finish each level. These vehicles are the fire engine truck, the red truck, and the military transport. 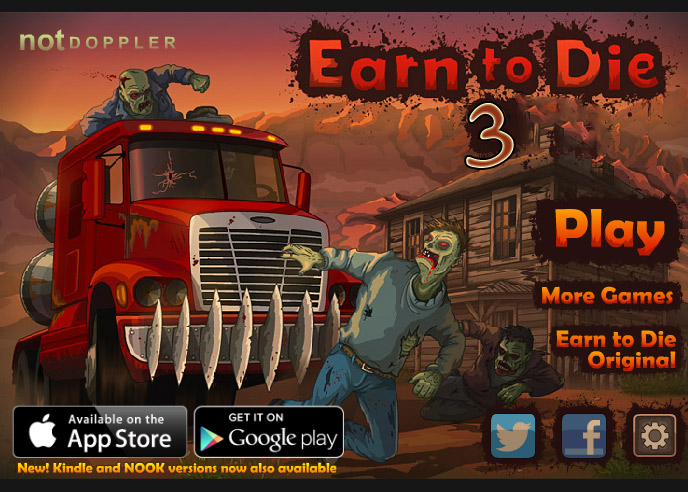 As you can see just by reading what the vehicles are, you will immediately notice that the vehicles are the strongest and most powerful yet in an Earn to Die game. Whereas, before the game began with cars, here you immediately get a fire truck, which could easily be as powerful as the last vehicle in the previous game, the school bus. And the last vehicle is always the most powerful in an Earn to Die game. That’s how powerful this set of vehicles for the game is. And you will need all their raw power to get through the levels as it seems everything has gotten an upgrade in this game. The zombies are way bigger, almost gigantic at times. The boxes and obstacles are numerous, and even the terrain is often rocky, and a lot steeper than the previous games. Even the prices for the upgrades has gone up. But it’s the price for power. Use your vehicles’ power to your advantage to finish the levels.

As always, the core gameplay in the series remains intact. Keep purchasing upgrades for your vehicles once you get the money from bashing in and running over the zombies and obstacles. Use this money to purchase essential upgrades for your vehicles. Without upgrades, even these new way more powerful vehicles cannot progress very far, so start spending for upgrades immediately.

The best upgrades in order:

It’s not a matter of whether you should upgrade or not, but what upgrade to purchase first. It’s a safe bet to purchase the fuel upgrade first.

Fuel will immediately increase the distance your vehicle can travel from the starting point. A full tank will go a long way in this game, a lot longer than an empty one so fill it up immediately. 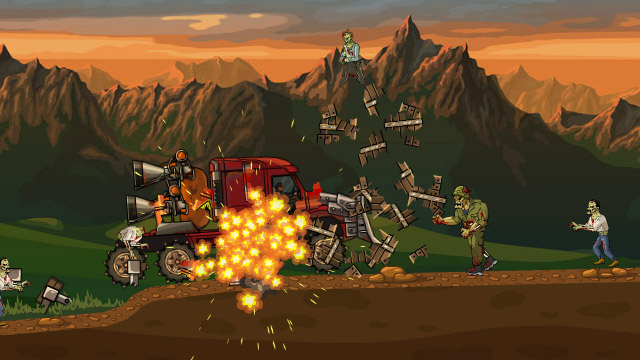 After you’ve filled up the fuel, it’s also a good bet to immediately purchase the engine upgrades. The engine will further increase the distance you can travel and provide you with needed power to smash through obstacles, and now giant zombies.

After the engine upgrades, it’s a toss up between the transmission upgrades, or the turbo boost upgrades. The transmission upgrades can increase the power of your engine significantly, while the turbo boost upgrades can power you through those seemingly impregnable barriers with ease. Either way both should be purchased and are essential in the game.

Purchase these to drive through rough terrain and run over zombies and obstacles easier.

The zombie kits are essentially battering rams used to smash through obstacles and the mounted guns automatically shoot the zombies in your path. Both have their uses but the turbo boost and engine can do what they do and even earlier in the game. So it’s best to upgrade these for last.

Purchase all these upgrades and you’ll be running over zombies in no time. Enjoy playing the game!